The winds have picked up on my little island the past couple of days and summer is well and truly behind us. New England can be funny in the fall – one day it’s 70 degrees and humid, and the next your hands are numb.

Magdalena and I take our two year old, rambunctious (but very sweet) pup for many walks, no matter the weather. Most of my absolute favorite places to walk on the island are open, flat moorlands. And when it’s windy and blustery, you get a nine-year-old who looks like this:

Adorable! And freezing, because she had no mittens and the weather hit too quickly – and I never think to check weather apps. Really, she was ok, it wasn’t that cold. It was just one of those days where it went from so hot to chilly so quickly we didn’t have time to adjust.

So, in the spirit of No Spend November, I  pulled out the yarn and needles instead of rushing out and buying mittens. Even though something like mittens would be ok to buy as they are very much a necessity, I knew I could get them done in a day and we had a day of warmth coming between cold fronts. (My coworker told me. I didn’t all the sudden wise up and actually check the weather.)

Here are the mittens I whipped up:

Check out the pattern! It is also available for older children. Check it out here. I love its simplicity. You knit the thumb first and put the rest of the mittens’ stitches on a holder, when most mittens are the opposite, and I found that it made much less of a hole than other mitten patterns I have made.

Another cup of coffee made at home instead of purchased in the cafe. I am finding I miss the social aspect of the cafe, though. 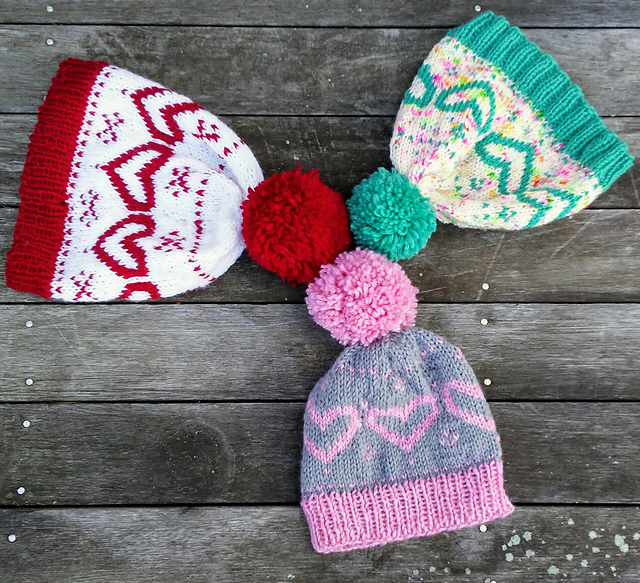 And quite a few hats have been finished this week.

At the time of this post, I am about 1/2 of the way through No Spend November. I am finding it to be a little harder every day. My daughter is getting more frustrated with it. She has questioned my sanity a few times!

I have OKed running to the store for things to make hot chocolate after blustery walks, but then when she wants to throw in a cheap toy, I say no. I can’t explain to her why. That the memory of making cocoa and sipping it to warm up is worth the few dollars, but the squishy poop emoji toy she will forget about in a few days isn’t.

I have only purchased two things I would consider outside of NSN this week. And I am even on the fence about one of them. I bought a sandwich (and a cookie, shh!) But, I had exercised a lot that morning, I was an hour and a half late leaving work, hadn’t eaten in almost eight hours, had been running around like crazy and was getting dizzy. I wouldn’t have gotten home to eat for several hours at that point and as it was I ate it in the car between errands. I don’t think I am including the sammich on the tally, but maybe I will include the cookie.

I also had to give in and buy a new phone. I was trying to put it off. I really was. But. But. But. It’s literally gotten a mind of its own at this point. It’s shutting off and talking to me (the voice to text turns on by itself.) I was still going to wait, but the phone carrier I use had a sale, and the phone I want was 10% less than I would have paid had I waited.

So, after thinking about it, I decided it didn’t make sense not to get something I need badly just because of this challenge, when I would end up spending more on it by waiting. Again, the point is being mindful, and I think by buying it now, I am being so.

I did buy a pattern I didn’t need but I was so madly in love with it I don’t feel bad. It is interesting I have spent more on patterns than I have on anything else this month.

Instead of going out for breakfast, which we do every other week or so, we’ve been staying in and making our own waffles and pancakes.

My hands have been itching to get some new yarn to squish, I have some old patterns I designed years ago I want to knit new samples for and update. But my hands will have to remain empty of new yarn squishiness for a few more weeks!

I think that’s about it! Please chime in if you’re doing the challenge with your experiences.

The tally so far:

View all posts by NantucketKnitter

Welcome to Nantucket Knitter!
Here you will find mainly my knitted creations and some recipes, as well as ramblings about my life.
Learn more in the about section, and follow me on Instagram or Facebook!